Menu
School is currently closed to the majority of children. Stay safe and well.
Log in

What's going on at home

A Traditional game for the tea party 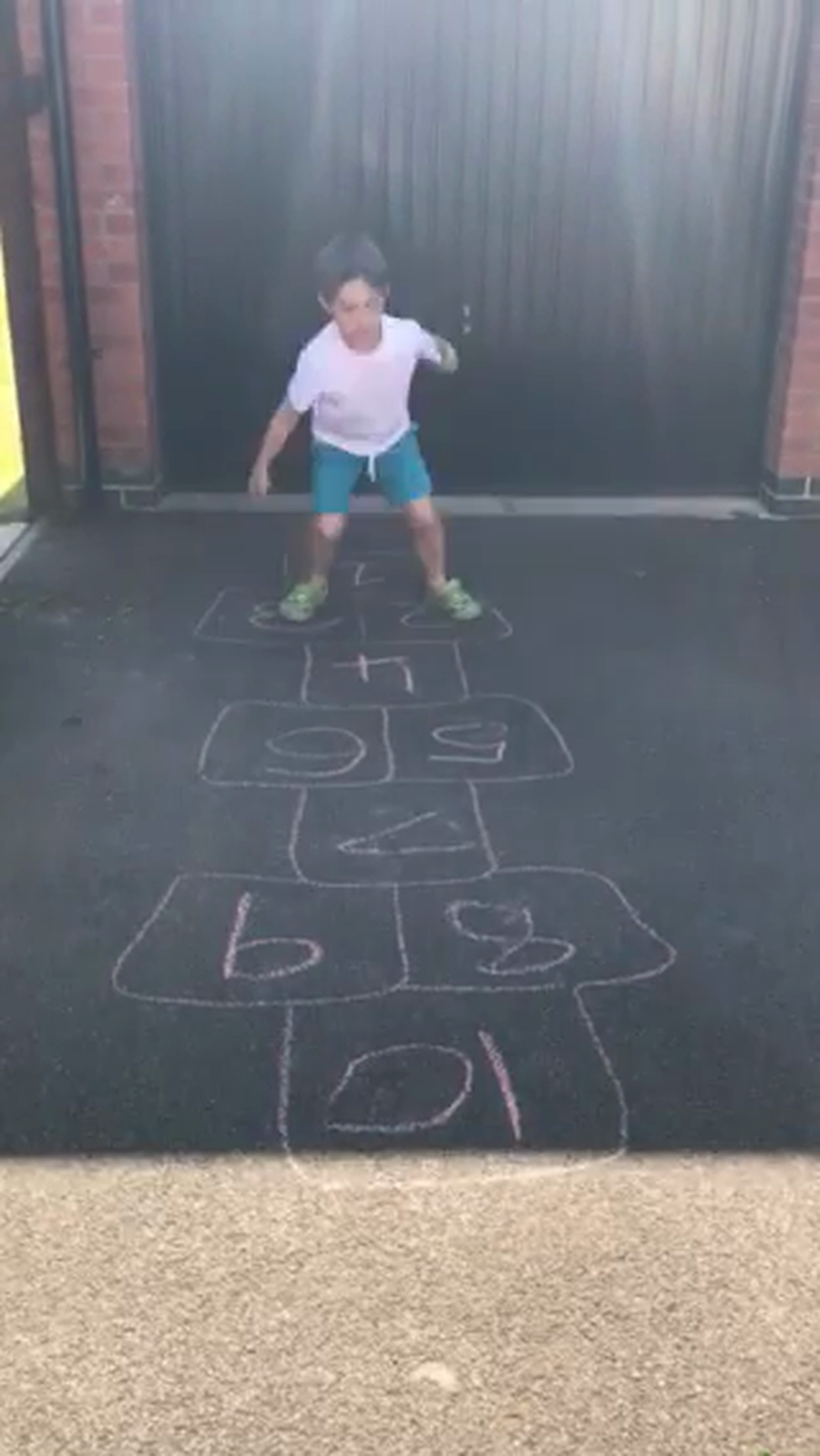 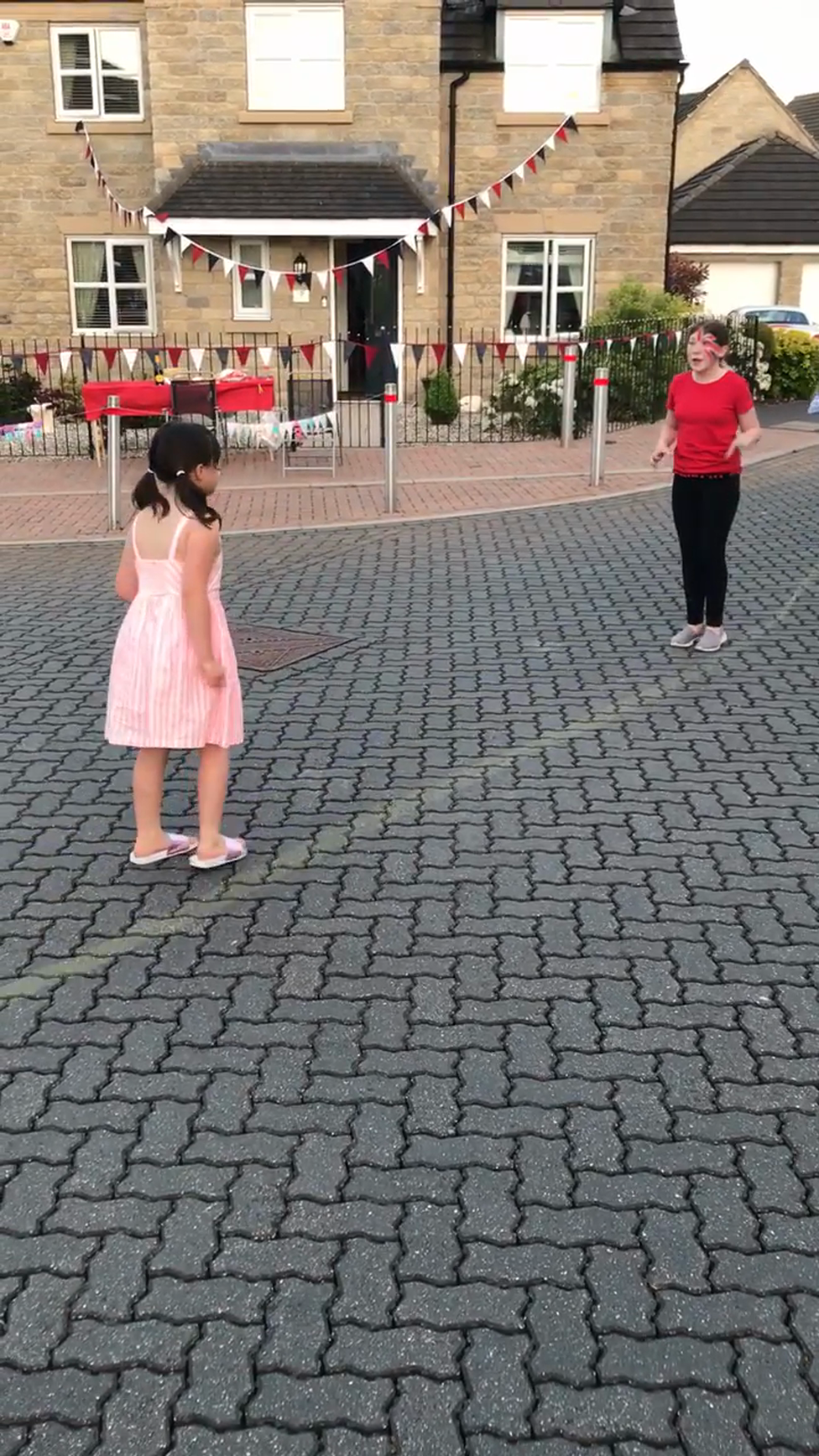 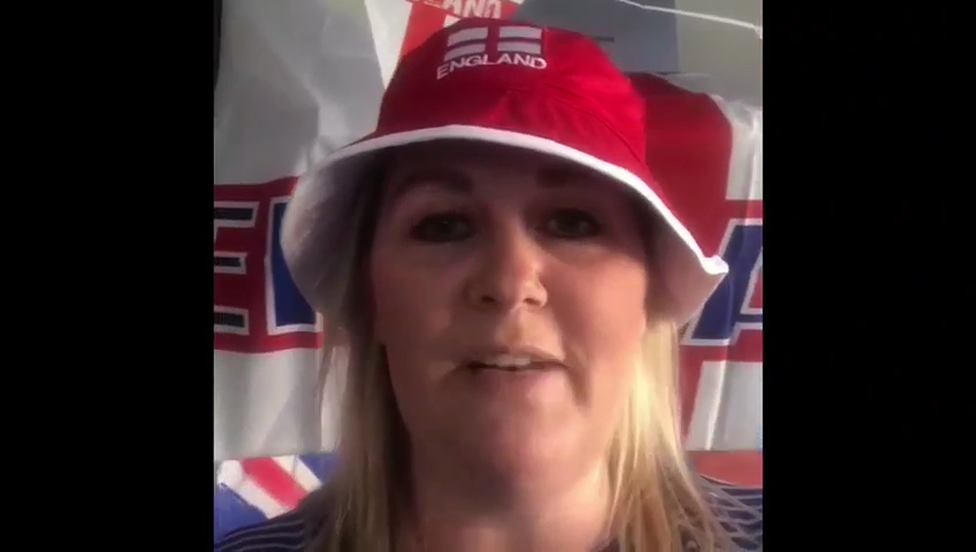 It time for a tea party

What we've been up to at school for VE Day 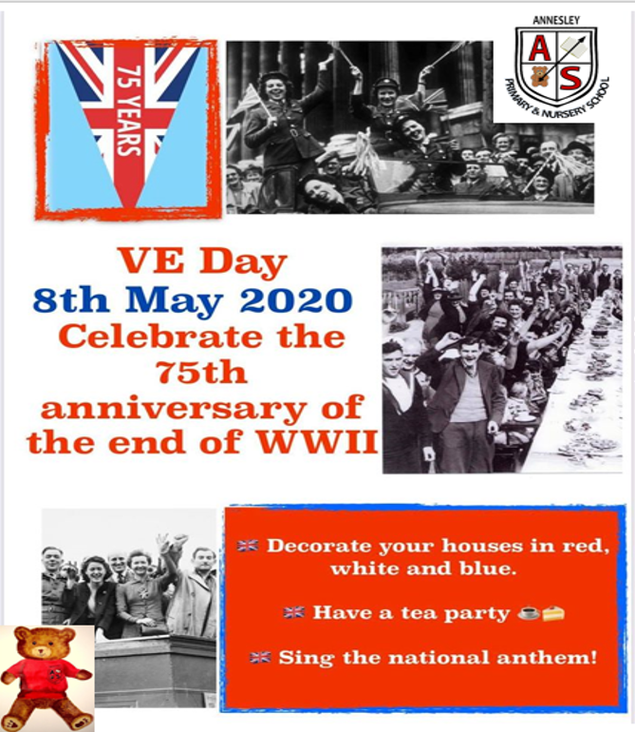 Staff will be joining in the party and on the 7th of May - any children in school will be making bunting to decorate their house with and join in the national live stream sing-a-long.  We will share our photos and we would love to see yours!  Please email any photos or videos to 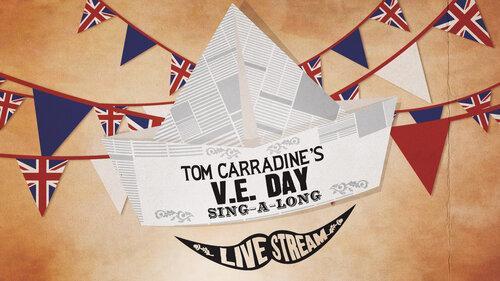 Tom is excited to announce a very special live stream sing-a-long in commemoration of the 75th Anniversary of VE Day.

Aimed specifically at Primary School aged children, this special 15 minute sing-a-long will be broadcast at 11am BST on Thursday 7th May 2020 on

Not only an experienced pianist and singer, Tom is also a musical historian and enjoys sharing the songs and stories behind classic sing-a-long songs.

So the children can join in with Tom on this special occasion, the following three videos are intended to teach them three classic songs from WW2: “Run, Rabbit Run”, “Mairzy Doats and Dozy Doats” and “We’ll Meet Again”. 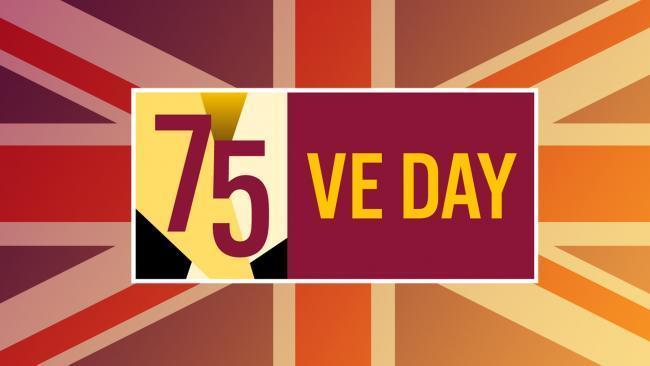 What is VE day?

VE day stands for victory in Europe and marks the end of the Second World War in Europe on the 8th May 1945. Although, this does not mark the end of the war, as the war continued in the Pacific against Japan and it officially ended in September.

Why is it significant?

This question can be interpreted in two key ways. First, the allied countries had achieved victory in Europe and the end of World War Two was in sight. Secondly, we must not forget the millions of people who lost their lives due to war.

How can we remember it?

The most important thing to remember is that we are not celebrating war. We are remembering those people who fought, died and contributed to the war effort.

Below are some links that will help children understand what VE Day is and why it is so important to our country to commemorate it.

There are two links one is more appropriate for KS1 and one for KS2. 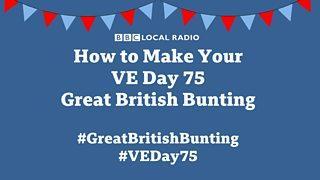 The BBC would like us all to get involved with creating Great British Bunting for VE day and then they would love any photos sent to them.  Click on the image above to go to the website.

Below is the bunting template, you can use to decorate. Plus the link to upload any photos. 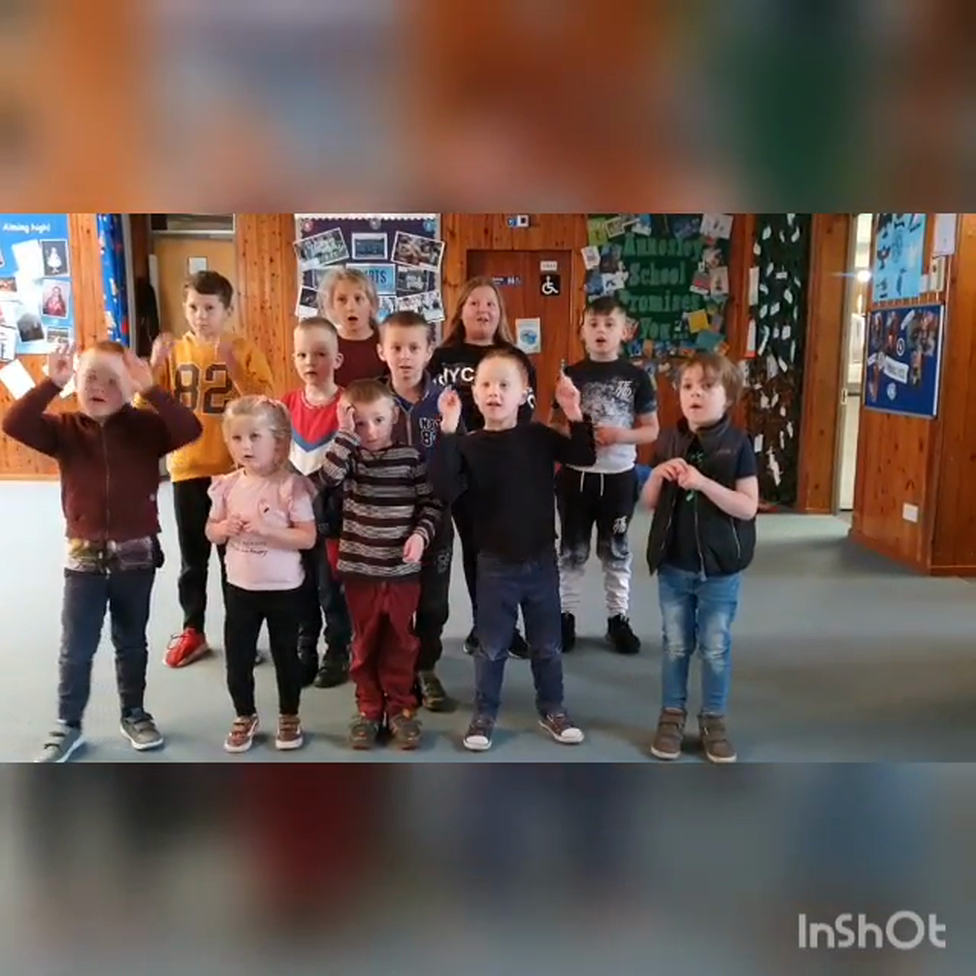 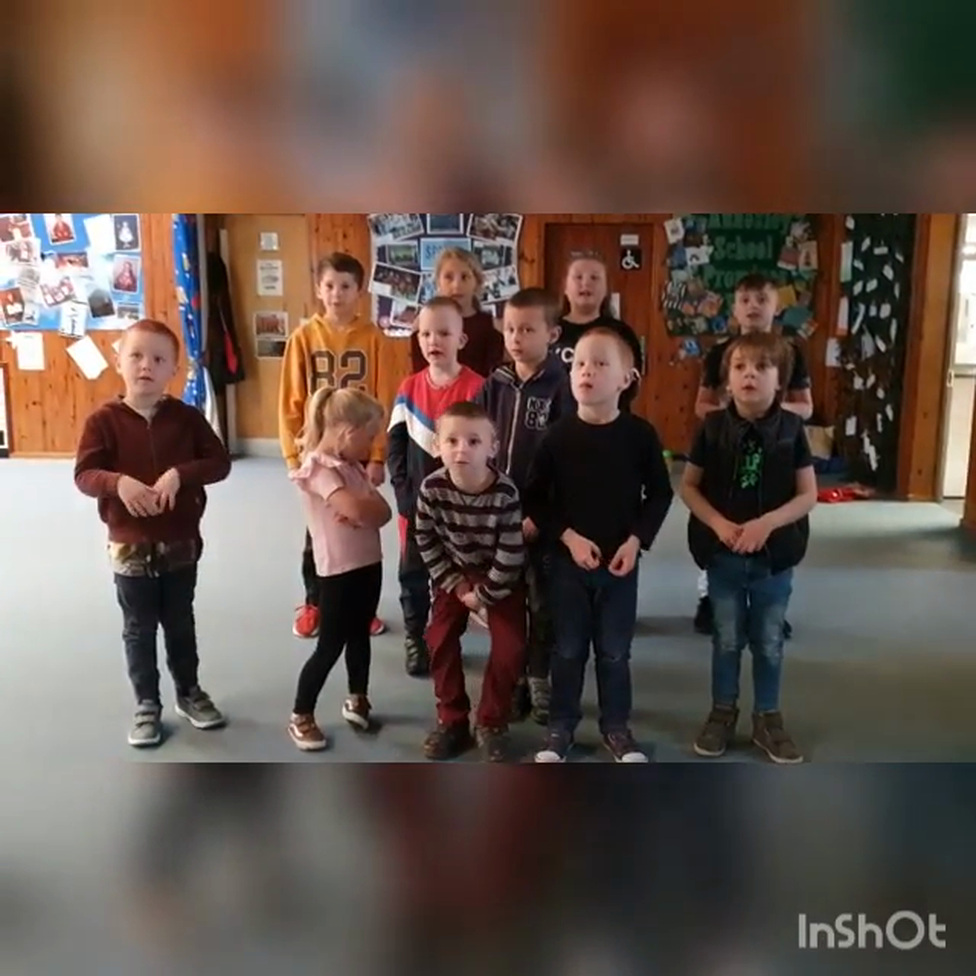 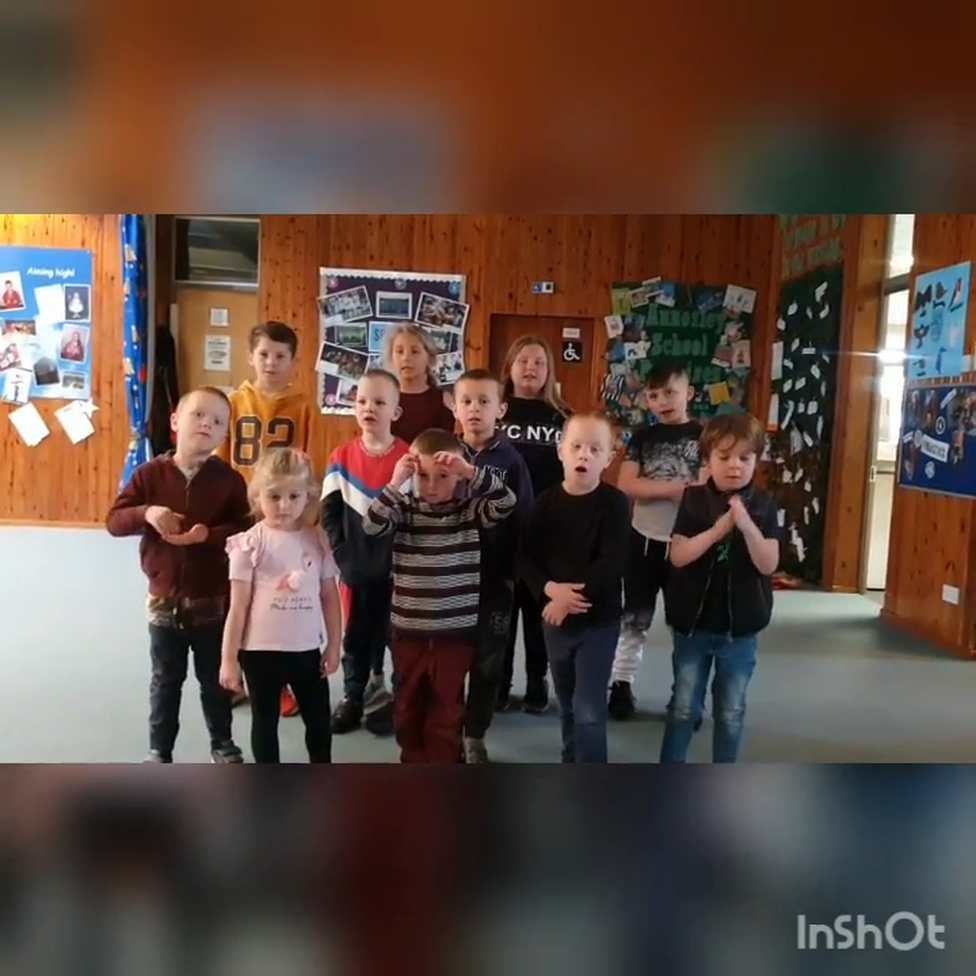 This one's a tricky one, but loving the moves! 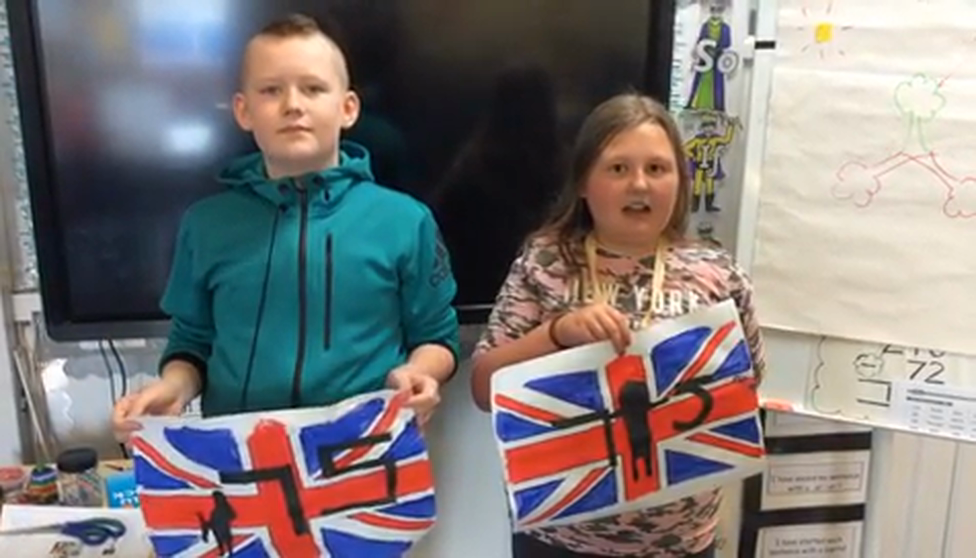