Menu
We hope that you are enjoying this lovely weather.
Log in

The Rover safety bicycle was developed during the 1880s, rather in response to the need for a 'safer' bicycle than the large wheeled Penny Farthing bicycle in common use at the time. Cycle makers experimented with a number of designs but the Rover, create by J. K Starley, became the most successful and most copied. We would recognise all its features on a modern bicycle. A diamond shaped frame, pedals below the saddle that power the back wheel through a chain and gears, handle bars to the front wheel, and forks supporting the front wheel. These elements are all still part of the modern bicycle. Although electricity was not discovered in the Victorian Era, it did make great advancements in this time. The electric light bulb was invented by Thomas Edison (1880), the telephone by Alexander Graham Bell (1876) and the electric telegraph by William Fothergill Cooke and Charles Wheatstone (1837) These inventions made everyday life easier for both rich and poor. 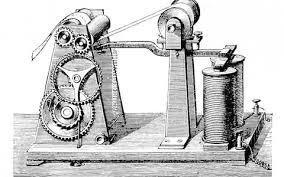 Electricity is used everyday, but do you know how it works?