Menu
Latest Newsletter available for November - Don't forget to check your emails regularly for the latest information. - Attendance News: A week plagued with Chicken Pox and other illnesses this week. Congratulations to Jays Class who managed to achieve 94.4% and are our weekly attendance winners. Hopefully next week we will all be well and can have a great week and improve on the school weekly attendance of 85.04%
Log in 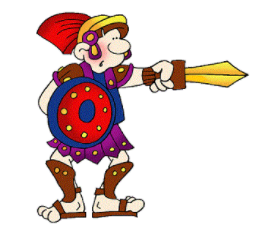 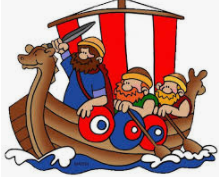 This term we will be looking at the Romans and the Anglo Saxons and the impact they each had on life in Britain at that time.

Our focused questions will be:

Who were the Romans?

How did the Romans change Britain?

Why was the Roman army so effective?

Why did they invade Britain?

What difficulties di they face in invading Britain?

Who were the Anglo-Saxons and Vikings?

Who led the Anglo-Saxons?

How did the Anglo-Saxons and Viking change Britain?

How were the Anglo-Saxons and Vikings different?

Why did they invade Britain?

Busy week for Year 4 as we truly stepping into the Anglo Saxon times in all aspects of school. From English, talking about Beowulf, to D&T where we were researching what the Anglo Saxons used for battles using books and laptops to help us.

We have been busy this week taking our learning outside, measuring all of Annesley Primary School playground and venturing to some perimeters too.

National Grid workshop. The children all enjoyed learning about Electricity from Jess. Jess was amazed with how much the children already knew - Scientist in the making! Way to go Jays!

The children are concentrating on editing and saving a word document. In Art we learnt all about how the Anglo-Saxons used Illuminated lettering and why. The children had so much fun starting to create their own.

Unfortunately not the ones with chocolate chips.

Some cookies are necessary in order to make this website function correctly. These are set by default and whilst you can block or delete them by changing your browser settings, some functionality such as being able to log in to the website will not work if you do this. The necessary cookies set on this website are as follows:

Cookies that are not necessary to make the website work, but which enable additional functionality, can also be set. By default these cookies are disabled, but you can choose to enable them below: